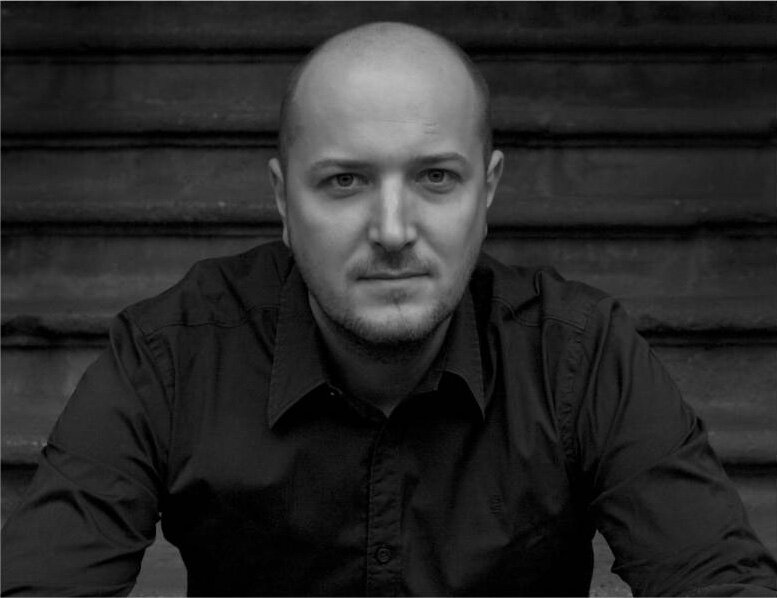 Set designer of Slovakian origin. He trained at the Stage and Costume Design Faculty of the Academy of Performing Arts in Bratislava (1990 – 1996) and followed that with a scholarship to the Minerva Academy of Arts in Groningen, in the Netherlands. In 1995 he began his long-standing collaboration with Teatr Wielki – Polish National Opera in Warsaw and a year later embarked on a freelance career as a stage designer with opera being the main focus of his work.

Throughout his career up to date he has had the opportunity to work regularly with acclaimed European opera directors, most notably with Mariusz Treliński, with whom he has enjoyed a fruitful cooperation since 1999. Together they have staged several opera masterpieces such as Madame Butterfly, King Roger, Otello, Don Giovanni, Eugene Onegin, The Queen of Spades, Andrea Chénier, La Bohème, Orfeo ed Euridice, Boris Godunov, Iolanta, Aleko, La Traviata, Turandot, Der fliegende Holländer and most recently Manon Lescaut. Most of these productions premiered at the Polish National Opera and subsequently travelled worldwide to major opera houses in Brussels, Berlin, Moscow, St. Petersburg, Tel Aviv, Washington, Los Angeles, Bratislava and Valencia as well as festivals in Edinburgh, Hong Kong, Tokyo and Baden Baden.

Death in Venice marked the start of his collaboration with another opera director of international renown, Keith Warner. Together they worked on Lear and The Tempest at the Frankfurt Opera as well as Simon Boccanegra and Tannhäuser at Opera National du Rhin in Strasbourg, Le nozze di Figaro at the Polish National Opera and The Devils of Loudun for the Royal Danish Opera. With an American director Dale Duesing Kudlička worked at the Frankfurt Opera designing sets for Il Viaggio a Reims, which was followed by The Rape of Lucrezia and Les Contes d’Hoffman in the same opera house. For the Nationale Reisopera in Enschede they staged Cherubini’s Médée and Bach’s St. John Passion. He also designed sets for Duesing’s productions of Hänsel und Gretel for the Stadttheater in Bern and L ́Étoile at the the Staatsoper Berlin.

Boris Kudlička ́s professional interests reach far beyond opera. He has also designed sets for several films, including Between Strangers together with his father Ján Kudlička in 2003, theatre productions and concerts. For the Japanese theatre director Amon Miyamoto he designed sets for Mishima's The Temple of the Golden Pavilion, which was presented in Kanagawa Arts Center Yokohama and Lincoln Festival in New York, and Hoichi also on show in Kanagawa Arts Center Yokohama. A significant part of Boris Kudlička ́s work centers around exhibition design. Together with Andrzej Kreutz Majewski he designed the Polish pavilion for the Expo 2000 in Hannover while at the Expo 2010 in Shanghai the Polish pavilion designed by Kudlička (together with WWAA Architects) won a silver medal. A year later he joined WWAA as partner and has since collaborated on many interior and exhibition designs in Poland and abroad.

Kudlička has received several major awards. In 2005 he won the Polish Theatre Institute Award for set design to the production of Richard II in the Polish National Theatre. In 2006 he was awarded the Polish Gloria Artis Medal in recognition of his artistic achievements by the Minister of Culture and National Heritage. In his native country he won the Dosky Award for the best set design to the ballet production Rasputin in 2004 and again four years later for the sets to the opera Orfeo ed Euridice. The latter also earned him the Tatra Banka Foundation Award for Art in 2009. In 2007 Boris Kudlička won a gold medal at the Prague Quadrennial and a year later he was appointed General Commissioner of the Prague Quadrennial 2011.

From 2011 to 2014 he was a lecturer at the department of scenography of Warsaw’s Academy of Fine Arts.